Hypnotizing with it’s elegant minimalism, the spray of numbers and times across the screen a soothing balm to the organized mind. It’s the base form of a puzzle game, meant to challenge you and engage you, driving you to do better than yourself, to improve times, and techniques, and flourish in one of the most classic forms of transportation: the Train on the Rail Road.

The Game engages with that base videogame urge to watch numbers go up, to streamline your new ability to the best of your power.

Upgrade your trains and railways, solve the puzzles given, and even build your own Railways. Edit and Automate your maps to create the smoothest ride anyone’s ever seen in Rail Route: Train Dispatcher Simulator. 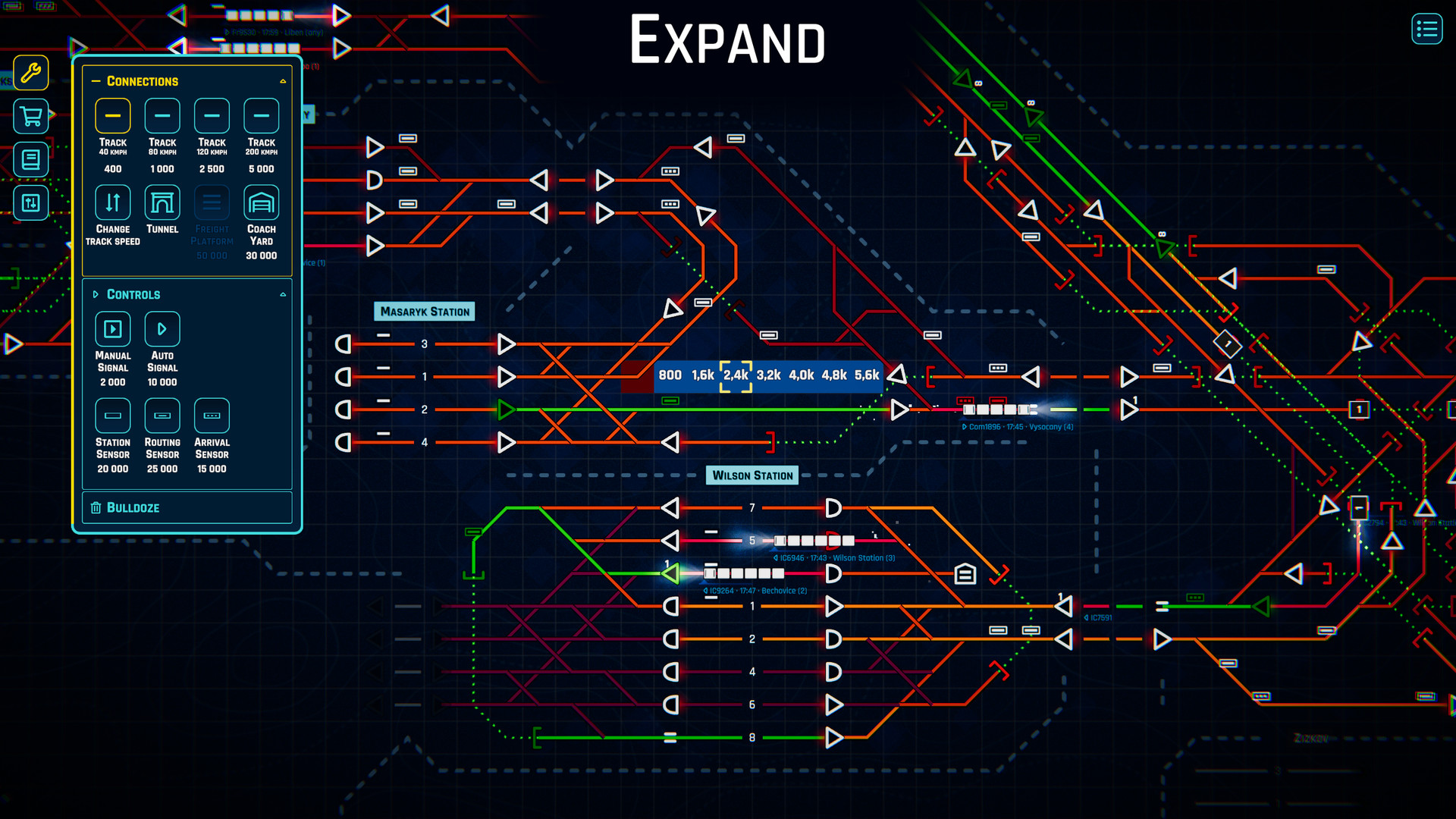 An example screenshot from the Game’s Steam page

Hacker vs. Corporation: the Card Game a.k.a. , “Android: Netrunner”

While researching Magic the Gathering (I had heard it was a fun play), I came across something else that piqued my interest: an extinct game by the name of Android: Netrunner.

At the Brain-dead hour of 4 am, the fast-paced commentary on the Netrunner U.S. Nationals 2019 The Cut was a pleasant listen. From what I’ve gathered on a brain full of sleep soup (probably better known as melatonin), I’ve gathered that it’s a combination of Magic the Gathering and Poker.

Entertaining, or at the very least, compelling! The Ultimate Universe is/was a total conversion modification of the PC Game, Star Trek: Legacy (released in Late 2006). It is a collaboration of many individuals driven to make the best of Star Trek Legacy.

You MUST start with a Fresh Clean unmodded Legacy install. If you try installing over UU1.0 or 1.5 you will CERTAINLY have problems! This is part 1 of a 2 part installer. Be sure to grab Part 2 of 2 as well, both are required!. UU2.0 is a FULL INSTALL.

Now that’s out of the way. You will find a new menu structure, more
races, enhanced missions, the new Vs Armada, and Instant Vs modes. As
well as the new “Exploring History” mode which is a mostly non combat
mode that explores Earth and Mars development from the NX-01’s time to
the NCC-1701F.

Who has the Right Voice for your Game?

Comments Off on Who has the Right Voice for your Game? Posted in Chris Jones, Entertainment, Future, Voice

Got a Game? Who has the Right Voice for that Game? Someone with Passion! Having spearheaded a major game modification that garnered 10 of thousands of downloads, I have an idea of what is needed as far as voices go in a game. I added my own voice, and many others, to our modification.

Your Game’s greatness depends on your public perception, and will be enhanced greatly by the voices you choose. The final voice decisions begin with a conversation. The conversation is where I can gain insight into your personal aspirations and core values. This is essential for me to understand how you want to portray a character within the game.

I have a Gaming background, the game modification I spoke of earlier was for Star Trek: Legacy known as, ‘The Ultimate Universe‘.

Regarding my Voice: M...